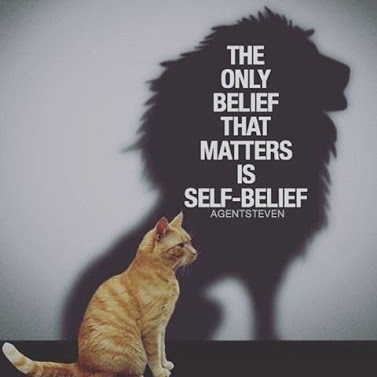 Do you Believe in Yourself?

Lots of times people have issues with believing what people say. In these modern times where truth and variations of truth or outright lies change places very often – both…

Lots of times people have issues with believing what people say. In these modern times where truth and variations of truth or outright lies change places very often – both in political as well as business discourse – which in effect means in the lives of almost every individual on this planet! How does one deal with such issues? Such questions keep cropping up – there is a saying for liars – there are liars, there are politicians and then to top them all there are statisticians, where everything is manipulated to present figures the way the presenter wants to show it, and who cares about the ‘facts’ – as it is facts are supposed to be stranger than fiction, isn’t it?!?

How do you believe what is being drummed into our heads in school, in colleges, in universities, through the media and in one’s office to achieve one’s targets? What does one believe in? The first step would be to start believing in yourself – believe that whatever you do will be according to the dictates of your own conscience. It takes a lot of courage to listen to your conscience, which is nothing but the divine inner voice which resides within every human being. The inner voice always guides you correctly – it is the brain which you need to control because that will tell you don’t do this, do that as it is easier and faster! If you follow the brain, some time later you may land up in unforeseen problems and you then realise that the way directed by the conscience though tougher, would have taken more time, but it would have provided a more lasting and permanent solution to that particular issue. Life always shows you two ways, it brings you to a fork on the pathway of life – the easy way and the tough way. If you follow the tough way, you will find out that your self-belief increases substantially over time as the path you have followed is the path shown by your soul – in such cases you pass all the tests and succeed in life. Success here is all encompassing – material success, social success, family success, being at peace with one’s own self – that is something which money can never buy!

Learn to have faith in your own self, strengthen your self-belief to such an extent that whatever happens in the outer world, you will always be able to filter out the nonsense and make sense of whatever information comes your way. Meditation and centering within one’s inner core help you listen to the sound of your inner voice which always becomes a beacon to guide you through life’s many lanes and by-lanes till you reach your own destination.