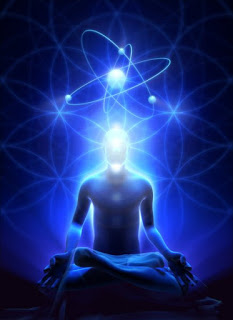 Don’t Think too Much!

Throughout our life we are told ‘not to think too much’ – this is because the people who care for us see that we are stressed out over something and tell us not to think too much about it. When we are worried or afraid of what has already happened or what is about to happen we tend to think too much. Overthinking isn’t the same as healthy problem-solving. Problem solving consists of thinking about a sticky situation only when necessary and forgetting it once it has been resolved. Overthinking on the other hand is purely dwelling on a problem endlessly. For some people thinking too much about anything becomes a kind of ailment, a psychological problem as they feel that they are unable to do anything to solve such problems – they just think about it fruitlessly resulting in stress and other mental disorders.

The amount of time you spend in deep thought is not really that important, because any time spent in learning from past behaviour and actually coming up with creative solutions is productive time spent. But time spent in unproductive overthinking will not enhance your quality of life – whether you spend ten minutes or ten hours! When people think too much their forehead is furrowed and the stress becomes easily visible on the face.

The best way to tackle this issue is to first accept that you think too much! Once you accept it, half the battle is won. Meditation is a sure-fire way of tackling this problem because with time your awareness increases. With heightened awareness every time you start focusing on a single thought you consciously tell yourself to slow down your thought process – you begin to recognise whether the problem is real or imaginary. Real problems get tackled consciously through positive action and the imaginary one’s are removed from the thought process. With meditation your control over your breathing increases, with slower breathing your mind also becomes calm and quiet and the earlier frenzy of overthinking issues becomes a distant bad memory. You start living more and more in the moment and when that happens thoughts of the past or worries about the future also stop occurring! So, friends don’t think too much – it does not help anybody – live in the moment and stay happy and joyous!