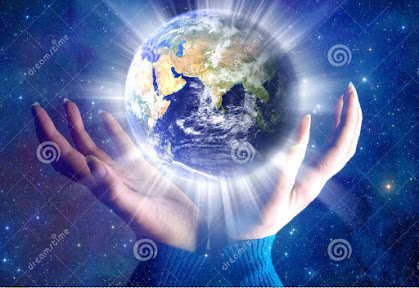 We are all aware of the current controversy in India over various groups of people trying to undermine the nation for political or personal gains! We, as a people have…

We are all aware of the current controversy in India over various groups of people trying to undermine the nation for political or personal gains! We, as a people have to first of all rise above all individual, caste, race, religion related issues and identify with the nation, then only will we have unity and progress as a collective force in the world. Swamiji always says that one has to rise above race, religion, gender, colour if one wants to progress spiritually – in the same way if the Nation has to grow to become a world leader then its citizens will have to rise above its petty, treacherous and dangerous politics. We, as a nation need to come together to take on all the negative forces attacking the country both from within and from outside. India has always historically been a leader and has accepted all religious denominations into its fold and has flourished in spite of that. It is probably the only country to have accepted and provided shelter to various religions as well as been the land which gave birth to several religions.

Our loyalty lies first with the nation only, our army has people from every religion but it still works as a very effective professional army without allowing religion to affect its performance. There is no karmic bondage if a soldier kills another human being in the course of performing his duty!

Once we accept the concept that our nation will always come first, then we can think about Vasudhaiv Kutumbakam – this too can happen only if each and every person starts meditating and creating his/her own positive aura. This is a very long process – Swamiji has mentioned several times that one cannot bring about world peace unless one finds peace within one’s own self. For this to happen meditation has to become a global phenomenon! With June 1 being accepted as World Yoga Day by the United Nations, I feel a beginning has been made. Swamiji is making tireless efforts to explain that yoga is not restricted to physical asanas which is just one part of ashtanga yoga, but also includes meditation and finally a state of samadhi! I personally feel that the universalization of meditation has started globally on a grand scale with several Gurus promoting and teaching meditation. It does not matter which Guru you follow – it is important that you follow the teachings and practice meditation to develop your own individual strong aura. Once this happens at the micro level, then slowly over a period of time we may see that humanity which unfortunately seems to have disappeared, starts arising within the human species again – once this happens, we can say that we are on the way to realising the concept of Vasudhaiv Kutumbakam – ‘the World is one family’. Thus, we will move from ‘Nation First’ to ‘World as One Family’ – I pray that we all find the humanity within us through meditation, identify with our inner peace, the core within – the silence and become one with the vibrations of the universe!